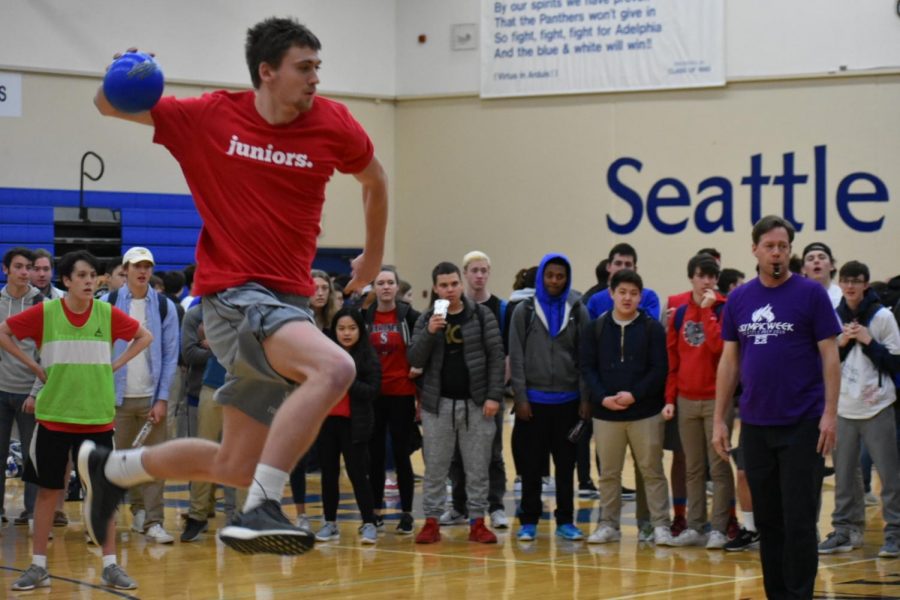 Senior power fails to overcome the Jogues sophomores in a crushing handball defeat during Olympic Week. Handball is not simply just a game to play during gym, or another meaningless game to watch during the week of festivities. Rather, it is the backbone of Olympic Week. To win the coveted title of Handball 2018 Olympic Week Champions, one must have grit, strength, and discipline to bring home the shining two hundred points for their class, in which the seniors failed to do.
In a nail-biting match of passing, dribbling, and throwing, the sophomores hold out to tie the seniors. The results ended at two points for both teams moving to sudden death overtime. After a whole minute of adrenaline pumping, fouling and rushing back and fourth on the court, the sophomores did the impossible and took down the seniors.