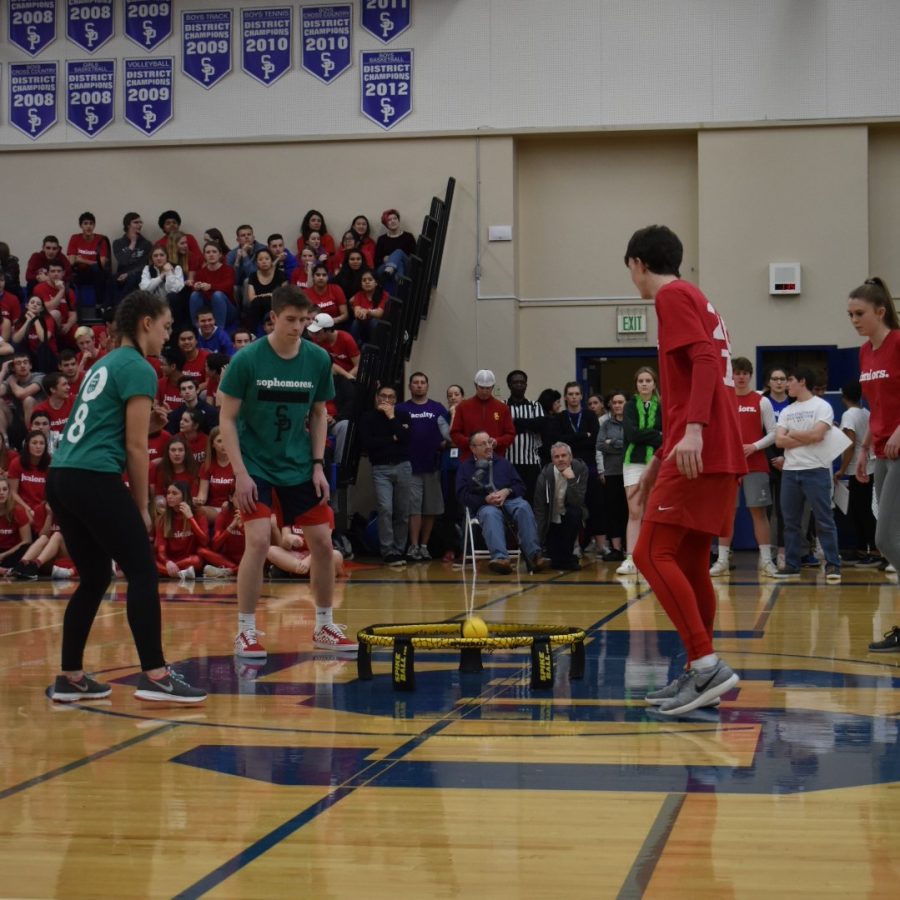 Spikeball may seem to be a fun and chill game, but during Olympic week, it’s an intense competition of teamwork and strategy. During the game, teams use teamwork to hit a small ball back and forth to another team, bouncing the ball across a net in between them. By using quick reflexes, teams can also use the net to their advantage to bounce the ball out of the other team’s reach.

This past Thursday, during lunch the competition heated up as Collegios tried to prove their superiority, leaving Sophomore Collegio Jogues in third as Marquette and Teilhard advanced to the final round in front of the entire school. During the final round, Teilhard showed their impressive skills as they eventually outscored their Sophomore opponents. Without a Senior in sight, the Juniors proved themselves champions and earned Teilhard Collegio 200 points!