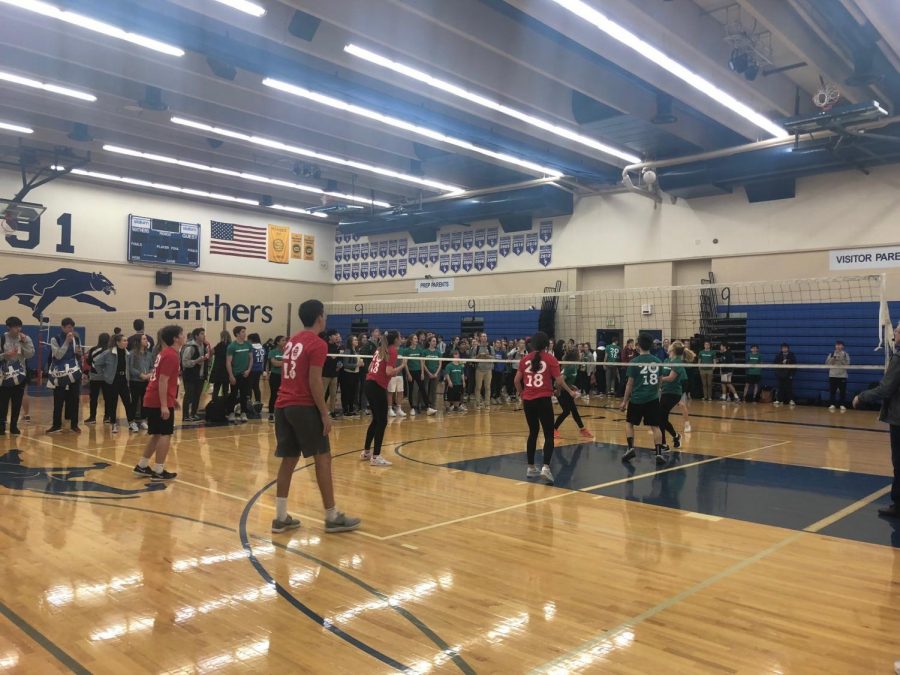 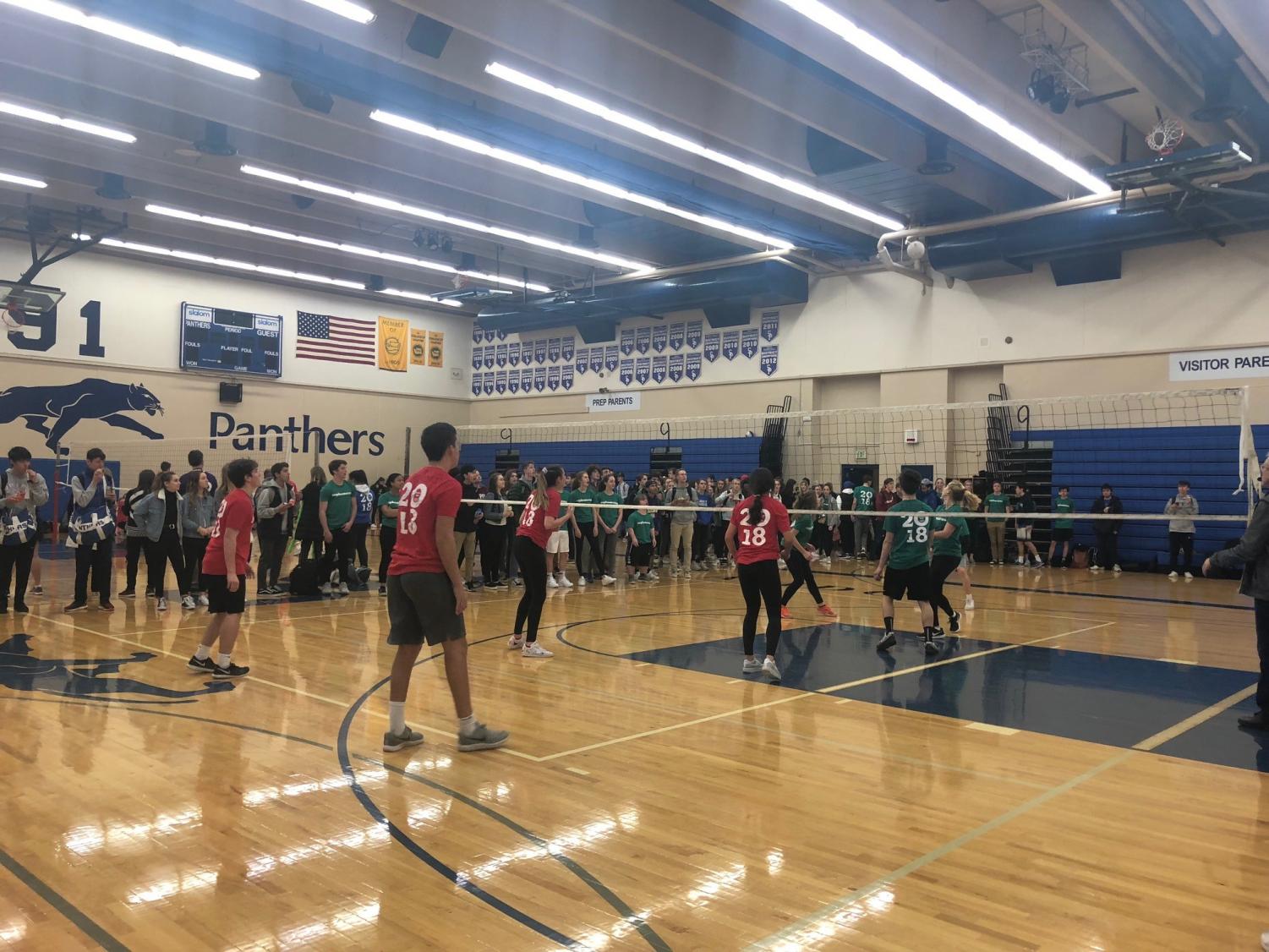 Three hits, two teams, one winner. Olympic week volleyball games have long been an event favorite, drawing crowds to support fellow classmates and peers. Freshman, sophomore and junior Collegios, along with the seniors and faculty, all brought strong teams and tried to fight their way to the top of the bracket.

After multiple matchups, the game for third and fourth place came between junior collegio Kostka and the faculty. Despite great defensive efforts from both team, the faculty came out on top after a streak of strong serves and received the third-place title and 50 points for their team.

In the final ceremony, the battle for first place came between the seniors and junior collegio Rahner. Following a win over the faculty, Rahner had their hopes up high to beat the seniors, but the Class of 2018 was ready to end their last Olympic Week on a high note. Ultimately the strong serves and carefully placed hits of the seniors led them on to win first place overall, and Rahner second.