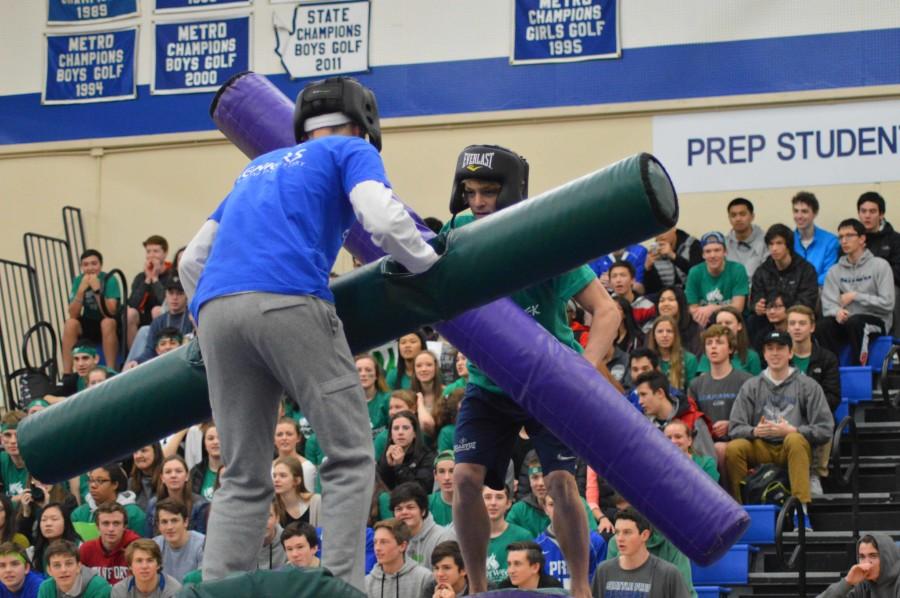 Seniors Rise Above in Jousting

Inflatable jousting: one of the only Olympic Week events where opponents actually fight for the gold medal. No wonder it has become so famous since its addition to the Olympic Week agenda just last year. Unlike medieval jousting which includes armor, horses, and swords; inflatable jousting includes helmets, long padded sticks, and an inflatable arena. The rules of the game are very simple: the players must balance themselves on the podium while also trying to knock their opponent off of theirs. The finals match got very heated as Leeds Rising ‘16, representing the Seniors, went up against Brennan Holmes ‘18, representing Marquette Collegio. Holmes won the first round, but Rising won the last two. Marquette could not stand a chance against the mighty senior power.