What Is Mr. Beyer Up to Now? 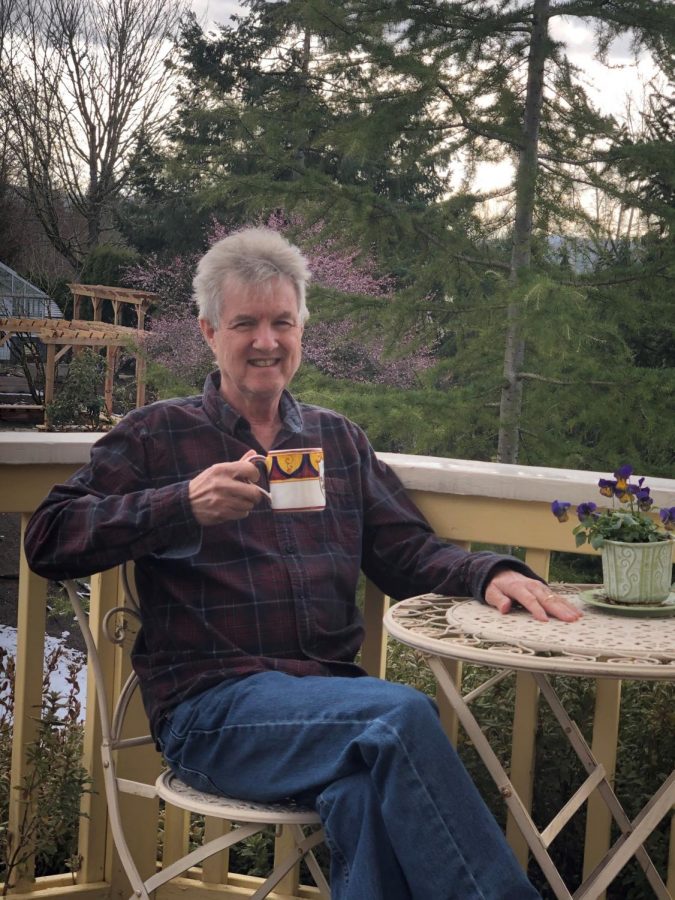 Mr. Beyer, also known as Dr. Beyer, retired in 2019 from Seattle Prep’s Music Department. He was, and still is, well-loved, highly respected, and cherished by the Prep community. He served as the Choir Director and taught music classes for all grades.

Mr. Beyer misses the people at Prep, especially now that he does not see anyone outside of his house because of COVID precautions. He misses joking with teachers, his inspiring colleagues, artists that remind him that his “passion around expression and creativity is vital”, and creating things with students full of energy that made him smile and feel alive. Teaching music classes at Seattle Prep was more than just a job to Mr. Beyer, he could “live” music with his students. He got to play with a range of subjects all day and “make something with it, talk about it, reveal [him]self through it, be sacred with it, have fun with it, be silly with it…”

When asked the question “Who was your favorite teacher?”, Mr. Beyer responded with the name John Cobb, a Whiteheadian-based process theologian he met at seminary. John transformed Mr. Beyer’s understanding of Christianity, offering him a rational and philosophical vantage point on life. “He was creative and brilliant, and had such an organized mind: he could listen to someone talk for 10 minutes and then summarize their thoughts in one sentence.”

Mr. Beyer hoped to inspire students by letting his love of music shine through him and having fun with it. He had high standards for performances because he believed music was a part of life. It isn’t “a vegetable you had to eat like brussel sprouts”, it should be enjoyed and discovered and should offer some immediate satisfaction, just like life. He enjoys listening to Romantic and Impressionistic classical music because “you think you know where you are in music, you know where center is, but this music moves what is home around so many times you’re completely lost, and loving it, so immersed are you in feelings of possibilities and recognitions.”

One of his most memorable moments was when the choir, his friend, and the pianist, Bob Kechley, were rehearsing the French carol “March of the Kings”. A student noticed that the carol sounded a lot like the Imperial March, the Darth Vader theme from “Star Wars”. Bob embellished the arrangement by playing the March of the Kings while occasionally inserting the Imperial March. They laughed together, and another student brought a lightsaber in for Mr. Beyer to conduct with. Bob also added to the fun by teaching Mr. Beyer some karate moves to do while conducting, which made him feel like the “Karate Kid”. In the end, it was “a Christmas performance of the March of the Kings with parts of the Darth Vader theme and conducted by a lightsaber!”

As for his retirement, it hasn’t been everything he thought it would be. He thought he would go to Italy, Costa Rica, Ireland, or Half-Price Books; instead, he’s been staying in bed, reading, and drinking coffee until 10 am. Life is different than he imagined. He’s making homemade lattes rather than going out with friends for coffee and he really only goes to Albertsons to grocery shop, but it hasn’t been all bad. He loves having no schedule. On a sunny day, he likes to look at the patterns the clouds make in the blue sky. Mr. Beyer has also had a lot of time to compose music and is currently composing a 14-movement work for orchestra and chorus. COVID has put Mr. Beyer in a “Twilight Zone bubble”. While he still does things he loves, he often realizes, “I can’t go anywhere because……I’m in the Twilight Zone.”