The Seattle Prep Panther • May 5, 2020 • https://seapreppanther.org/6109/showcase/lieutenant-governor-cyrus-habib-to-leave-public-office-join-jesuits/ 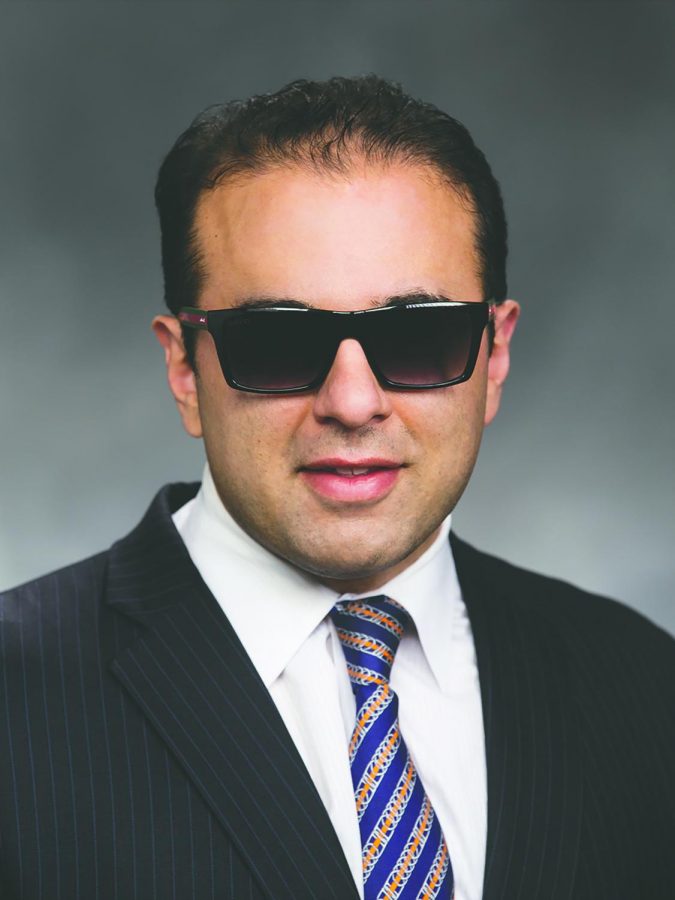 “Many will be wondering why someone who has spent the last eight years climbing the political ladder and who has a not insignificant chance of acceding to the governorship next year, would trade a life of authority for one of obedience,” Washington State Lieutenant Governor Cyrus Habib wrote in America Magazine on March 19. Habib was writing about his decision not to run for reelection as lieutenant governor and instead to leave politics in order to become a Jesuit priest.

Elected lieutenant governor in 2016, Habib had previously served as a state representative and as a state senator. Habib is the first Iranian American to serve in statewide office in the United States, with his parents having immigrated from Iran. (His mother, Susan Amini, serves as a King County Superior Judge.) At four months old, he was diagnosed with retinoblastoma, a form of eye cancer. At age eight, he became blind. In his essay in America, Habib wrote that these childhood experiences affected his priorities in his political career. “I knew from childhood what it was like to be excluded for being a blind kid from an Iranian family,” he wrote, “and I have tried to use the power I have been given by the voters to ensure that we move urgently toward that day when no one will feel left behind or left out in our society.”

Aside from politics, Habib’s background also includes an extensive education and a legal career. Habib received his bachelor’s degree from Columbia University in 2003, his master’s degree at Oxford as a Rhodes Scholar, and his legal degree at Yale Law. At Yale, he also edited the Yale Law Journal and roomed with Pulitzer Prize-winning journalist Ronan Farrow.

During his time at Oxford, Habib was drawn to Catholicism, eventually deciding to convert. He has been a parishioner for several years at St. James Cathedral and has cited St. James’ pastor, Father Michael Ryan, as a role model. Fr. Ryan described Habib as a wonderful, deeply faithful man.

Habib’s Catholicism has influenced his political career. “My reasons for running for those positions,” he wrote about his government service, “were firmly rooted in Catholic social teaching, which places the poor, the sick, the disabled, the immigrant, the prisoner and all who are marginalized at the center of our social and political agenda.”

However, Habib now feels that he can better serve these goals more directly – through religious life. Citing issues ranging from the impact of the economy on workers and the environment to rising mental health issues among young people, Habib wrote that he feels he could best help by participating “in the life-giving work of spiritual renewal that our world and these times so desperately need.”

Fr. Ryan said Habib’s decision made more and more sense as he reflected on it, mentioning that the intellectual and communal aspect of the Jesuits would especially appeal to Habib. Above all, Fr. Ryan felt that Habib’s faith is at the core of who he is. “Every inch of him is Catholic,” he said.

Other Jesuit priests echoed Fr. Ryan’s descriptions of Habib. Father Christopher Nguyen, SJ, the vocations director for Jesuits West, described Habib as someone who has learned from his challenges and experiences to serve the marginalized. The provincial of Jesuits West, Father Scott Santarosa, SJ, similarly described Habib as an excellent candidate for the Jesuits. “I am sure that his vast experience will enrich his entrance class,” Fr. Santarosa said.

After ending his term as lieutenant governor, Habib will begin his training as a Jesuit. Seattle Prep Chaplain Father Ryan Rallanka, SJ, said that this can be a difficult process, with only four members of his own nine-person entrance class having remained Jesuits. “My prayer is that he is truly able to discern God’s will in his life,” said Fr. Rallanka, “and if this is leading him to enter into a new way of living as a Jesuit, I pray that God gives him the graces he needs to live this life in a fruitful and healthy way.”

Fr. Ryan said he was very optimistic about Habib’s priesthood. “I’d expect great things,” he said, “because he’s one very bright man with a very deep faith and a marvelous sense of humor.”